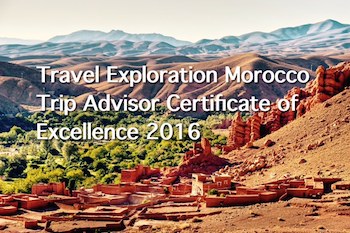 As a potential Morocco Traveler you can read what travelers who have visited Morocco with Travel Exploration Morocco’s Private Tours say on our Testimonials Trip Advisor page.

For More Information About Travel Tips Before You Go to Morocco or To Receive an Itinerary & Quotation, Visit our BOOK A TOUR page. We are an ASTA Certified Agency.

1. Make sure to Book Direct with Travel Exploration. Request a package that is inclusive of a Private, Mutlilingual Speaking Driver, Boutique Riads and Local Historical Guides. Ask for their hand selected options that have been curated by the owner. Our team of expert, licensed Multi-lingual guides and drivers will set in motion a memorable journey.

2. Research the tour offerings online as taking a Morocco Private Tour requires reserach and some planning on your own. Know what you want and decide whether you want an Imperial Cities or Imperial Cities and Sahara Desert Tour. Don’t miss out on the country wide site seeing options that are provided with the 1001 Arabian Nights 12 Day Tour, the Majestic Moroccco 2 Week Tour or if time is limited the One Week in Morocco Tour.

3. Take advantage of being able to book a Morocco Private Tour through a female owned company. Support a woman owned business. The owner of Travel Exploration, Alecia Cohen, is female, and a former magazine publisher, of Global Rhythm magazine and an executive who established Travel Exploration Morocco Private Tours with her Berber partner to show travelers the best of Morocco. Mrs. Cohen has lectured at the World Bank on Culture & Sustainable Development in Africa and has been featured in various print and television venues, including CNN Financial News, Entrepreneurial Edge, Crain’s, Entrepreneur, and The World.

4. Splurge when traveling to Morocco. Stay at Morocccan Riads, Moroccan Boutique Hotels and a Luxury Desert Camp. Don’t miss out on unique opportunities to take a Food Tasting Tour in Fes or Marrakech, a cooking class with a Daada Chef or cruise across the Sahara Dunes on a Quad. The extra spending you invest in on local activites will ensure a richer travel experience.

5. Ask about Restaurant, Shopping and Spa Recommendations. Travel Exploration has their finger on the pulse of all things Moroccan. They can arrange for local lunches with families in Berber villages, a special dinner where you can dine on the best, Moroccan cuisine with locals, or visit up market restaurants where you have an exclusive invite to a Moroccan wine bar. Shop locally or at upmarket boutiques and enjoy a wide range of Moroccan and Hammam/ Spa experiences. Travel Exploration has Insider Guides to Morocco Travel only available to those who book with them.

Morocco has much to offer with it’s wide range of Travel Experiences for Couples, Indipendent Travelers, Families and those interested in visiting for their Honeymoon. 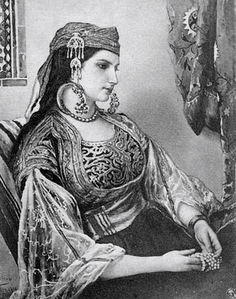 Morocco is known for it’s Jewish Heritage and the abundance of rich culture, artifacts and traditions left behind when the Jews fled Morocco in the 1960’s. What remains is a rich catalog of Jewish life inclusive of architecture, monuments, zaouias, museums, mellahs, shrines and craft traditions that command great cultural significance. The collective history of Jews in Morocco is one that has a connective thread with the Berbers and Moroccan Arabs, dating back to the Spanish inquisition. Morocco’s Museum of Moroccan Judaism (Jewish Museum) located in Casablanca is the keeper of some of this prized history. The Jewish Museum has an active roster of exhibitions, a permenant collection and Jewish library which make it an important part of Moroccan history available to Morocco travelers and Jewish travelers interested in understanding Morocco’s Jewish past. Moroccan Jewish Heritage sites are well appointed in the Imperial Cities of Marrakech, Fes, Meknes and Coastal Essaouira making them key cities to visit when touring Morocco. The synagogues, mellahs and cemeteries in Fes, Marrakech and Essaouira in particular hold a special place in the hearts of many Moroccan Jews throughout the world. These cities and their Jewish mellahs are the former birth place of their ancestors. Many Jews that currently living in Israel, Canada and the United States are originally Moroccan by birth, and return on vacation to visit Jewish Heritage sites or as an homage to revisit their past home. Moroccan Jews traveling to Morocco often visit shrines or places they or their family once lived. Given the Museum of Moroccan JudaismCasablanca (Jewish Museum) is the only Jewish Museum in the Muslim world, those interested in exploring Morocco’s Jewish Heritage should not miss a tour of its private collection. 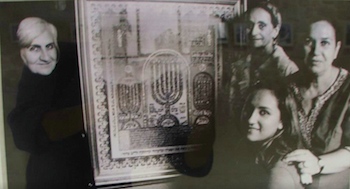 The Museum of Moroccan Judaism of Casablanca was created by the foundation of Judeo-Moroccan Cultural Heritage in 1995 and opened its doors in 1997. The creation of a Jewish Museum in Casablanca attests to the plural identity of Morocco, a country revered for its tolerance, symbiosis and of harmonious coexistence between the Jewish and Muslim communities of the Moroccan people.

The Museum of the Moroccan Judaism of Casablanca is the only Jewish Museum in North Africa and the Middle East. Its permanent collection, constantly enriched by new acquisitions, renders a few parts of the daily life of Moroccan Jews of different regions. The museum demonstrates the remarkable Jewish community and their high level of strata, wisdom and knowledge. The Jewish Museum houses, scriptures, objects of worship, tools of arts and crafts, old books and a history of the traditional costumes worn. These Jewish artifacts illuminate to Moroccan travelers how Jews lived. The artificats also show the connective cultural traditions between Jewish Moroccans and the Berbers. Many of the items featured in the Jewish Museum’s jewelry and craft collection are tribal. Travelers will find similar tribal pieces in the Majorelle Gardens, Berber Museum. 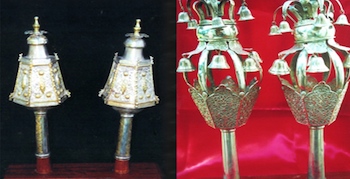 The Jewish Museum in Casablanca covers an area of 700 square meters, is the first of its kind in the Arab world. It consists of: 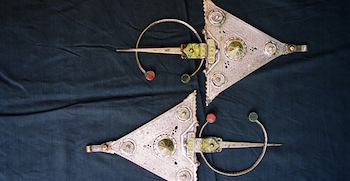 Where is the Moroccan Museum of Judaism (Jewish Museum)located in Casablanca?

For more information about Contemporary Jewish Life in Casablanca, Morocco or to take a Jewish Hertiage Tour