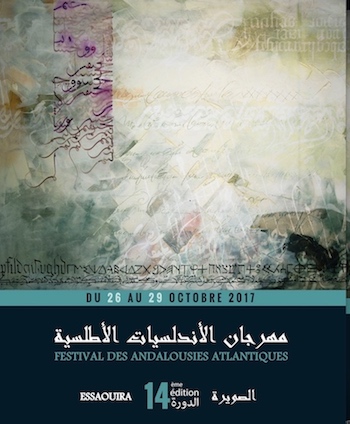 Held yearly in October for the past 14 years, this year’s Andalusia-Atlantic festival is the 14th edition and takes place from Thursday October 26th – 29th, 2017 on the Coast of Morocco.

The Atlantic Andalusia Festival highlights the Andalusian musical heritage of the Spanish-Moroccan cradle. It is the perfect fall event for all music officiados and those with a penchant for the coastal town of Essaouira.

The Andalusia-Atlantic festival pays homage to the shared Arabo-Andalusian heritage of Morocco and Spain.  As a coastal town on the Atlantic that has tourists visiting year round, Essaouira historically has been known for it’s openness, the arts and for it’s fresh seafood.

Often referred to as an artist colony with a strong alize, Essaouira boasts a wide variety of music festivals and artists both Moroccan and foreign who live there year round.

The Andalusia-Atlantic festival concerts are free free with limited seating. Seminars, discussions and workshops on various cultural subjects are held and offer a stimulating and engaging atmosphere for those interested in topics related to music and culture. 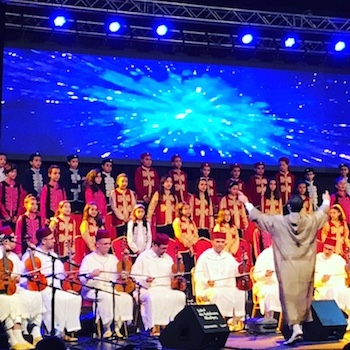 Highlights of the 14th Andalusia-Atlantic festival is the 14th festival are, an opening concert featuring Abderrahim Souiri, and Rabbi Haim Louk, one of the leading icons of Judeo-Andalusian music. These two outstanding musicians will be accompanied by Mohamed Larbi Temsamani’s tetanus orchestra led by the great master Mohamed Amine El Akrami.

This series of 4-day concerts the concerts will also feature pieces of popular Moroccan repertoire, such as chaâbi, chgouri and melhoun revisited by Raymonde El Bidaouia, flamenco. Distinguished guest, Mercedes Ruiz, elected in 2015 flamenco star dancer in Spain will perform accompanied by her musicians and singers.

Another highlight of this edition is the unpublished duo of Rabbi David Menahem, a homecoming for him, and Palestinian singer Loubna Salama, who is coming to Morocco for the first time. Musicians from other regions of Eastern Europe will also be featured such as the Czech group Letajici Rabin, Yiddish, Klezmer and Gypsy music.