Archive for the ‘Casablanca Travel’ Category 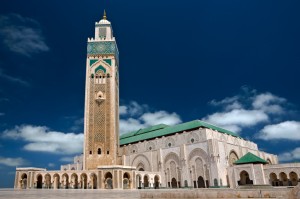 Each month the Port of Casablanca is filled with various cruise ships that dock offering cruise critics and cruise ship travelers the opportunity to take in the sites and sounds of Casablanca. Casablanca is known for the Hassan II Mosque, 1920’s classic Art Deco Architecture, the Museum of Moroccan Judaism and the famous hot spot Rick’s Cafe. The city of Casablanca is the perfect place to take a Casablanca Excursion with Morocco Travel Experts.

Two cruise ships that frequent the Casablanca Port often are the Oceania Marina and the Oceania Riviera. These Mediterranean cruises stop in Monte Carlo, Naples, Casablanca along with other a select group of other Ports in the region. Most of the Mediterranean cruises offer Casablanca excursions for large groups. As a cruise ship traveler if you prefer not to participate in a large group then considering a private Casablanca Excursion with Morocco Experts is a good choice.

The Casablanca Port is located in the center of Morocco and is one of the most enticing sights available for those looking for a one-day Casablanca excursion. Various places to visit on a Casablanca Excursion with Morocco Experts are the Hassan II Mosque which is the largest in the world, the Corniche, the Notre Dame De Lordes Cathedral and then opt for the Museum of Moroccan Judaism or Temple Beth-El.

The Exposition Nationale d’Artisanat offers superb carpets, quality leather goods and craft ware that are worth purchasing. Moroccan painted pottery, belts made of leather, embroidered clothing and handmade jewelry are other things which you can find there on a Casablanca excursion.

For more information about a Casablanca Excursion with Morocco Experts

Casablanca offers a combination of Jewish Heritage and Jewish sites that can be seen on a Casablanca one-day tour or in context of a longer Morocco Imperial City tour. In almost every Moroccan city there is a Jewish presence that can be felt whether it be within the ancient Jewish cemeteries, synagogues, mellahs, or in monuments of Muslim rulers who historically maintained strong ties with the Jewish community.

The synagogues, cemeteries, monuments and communal institutions located in the Imperial city and economic capital of Casablanca show how important the city has been to the Jewish community during the twentieth century. Some of the Jewish Heritage sites seen on a one-day Casablanca Jewish tour range from the Jewish Mellah to the Museum of Moroccan Judaism, a visit to a Jewish Synagogue, the Jewish cemetery with the option of a kosher lunch.

The mellah of Casablanca is just about a century old. It peeks the senses with its sea of women in brightly colored djellabas carrying and selling fruit and vegetables throughout the tiny, narrow streets.  While Jews no longer live in the mellah, kosher butchers can be found in the old market, next to other butchers selling horse meat.

The Jewish cemetery in the mellah is open and quiet, with well-kept white stone markers in French, Hebrew and Spanish. Once a year, the Jews of Casablanca celebrate a hiloula, or prayer festival, at the tomb of the Jewish saint, Eliahou.

Currently Casablanca has approximately 4,500 Jews who live outside the mellah in the new city, where they worship in over 30 synagogues, eat in kosher restaurants, entertain themselves in community centers, and attend Jewish schools and social service centers.

Temple Beth-El is the largest synagogue and an important community center in Casablanca, Morocco. While the city boasts 30 synagogues, Beth-El, is often considered the centerpiece of a once vibrant Jewish community. Its stained glass windows and other artistic elements, is what attracts tourists to this synagogue.

The Museum, which covers an area of 700 square meters, is the first of its kind in the Arab world. It consists of:

The Museum offers guided visits, sponsors seminars and conferences on Jewish-Moroccan history and culture, and organizes video and slide presentations. On special request, it organizes group visits in Arabic, French, English or Spanish.

Casablanca is also the home of the Hassan II Mosque, the second largest in the world. The Jewish community contributed to the construction of this mosque, which was inaugurated in 1994. Some Jews visit annually the Muslim shrine of Sidi Belyout, Casablanca’s patron saint. Many Jews of Casablanca celebrate the hiloula of the saint Yahia Lakhdar in Ben Ahmed, about an hour south of Casablanca near the town of Settat.

Cercle de L’Alliance is one of the centers/buildings where Jews from Casablanca hang around. The bottom floor/lobby is where people sit around, smoke cigars or cigarettes and socialize. You will also find a small bar and a mid size restaurant on the same floor with great appetizers and outstanding food (Kabobs, Steaks, Hamburgers etc).

D.E.J. J. is a restaurant that primarily serves dairy, pizzas, salads and pastas. Meat is not served here.

La Truffe offers skewered chicken accompanied with sides of bread, salad, olives and pickles. It is the most reasonably priced kosher restaurant located in the downtown area of Casablanca across from the medina. 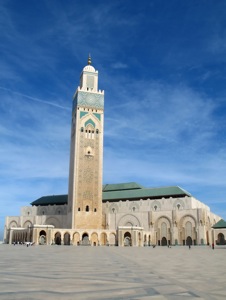 Casablanca or more affectionately known as Casa has a population of three and a half million and is the largest cityand port in Morocco. Casablanca is also the biggest city in the Maghreb and the sixth largest city in the entire continent of Africa. Casablanca, the most famous name in Morocco Travel, is theeconomic capital. The area which is today Casablanca was settled by Berbers by at least the 7th century. Casablanca is the most European of Morocco’s cities and is known as a huge metropolis where modernity and tradition co-exist. 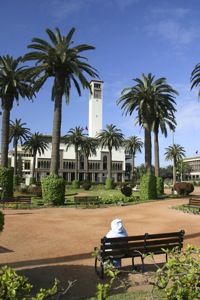 The Top 7 Sites & Monuments To See On Your Casablanca Travel Morocco Experience:

2. Take a stroll through the old medina and through Place Mohammed V and the Place des Nations Uniones, the main focal points of Ville Novelle, Casablanca’s new town. With the help of Travel Exploration’s Casablanca Travel Travel guide, move easily through the labyrinth of narrow streets lined withjewelers, barbers and artisans. See the squala, a fortified 18th century bastion.

4. Visit the art deco hotels, the eleven story Moretti apartment block and famous residential blocks: the Glaoui, the Bessonneau and the Asayag.

5. Lunch at one of the international restaurants by Casablanca’s Port, the Corniche. 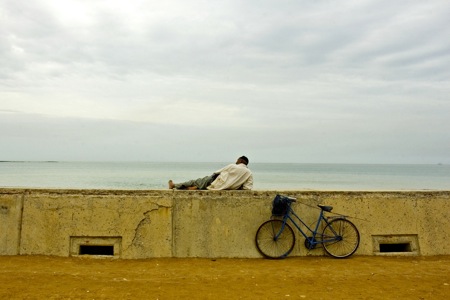 6. Visit the Mosque of Hassan IIdesigned by the French architect Michel Pinseau. It is situated on a promootory looking out to the Atlantic, which can be seen through a gigantic glass floor with room for 25,000 worshippers. 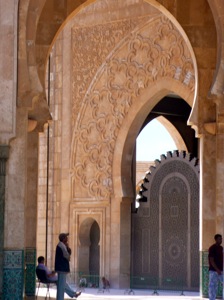 7. Dinner and drinks at Rick’s Café, run by an American woman who created this Casablanca Travel Morocco destination for Westerns who are fans of the film Casablanca and the era from which is it known. 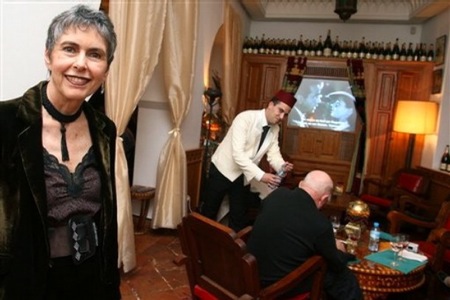