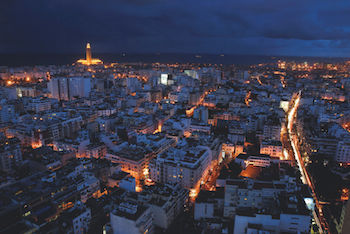 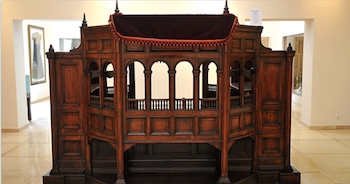 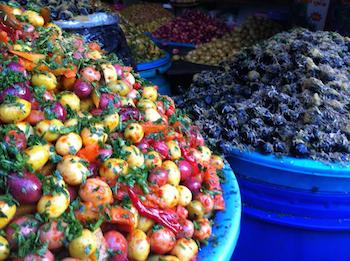 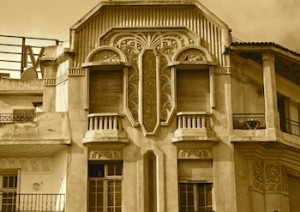 Prior to the establishment of the French Protectorate in Morocco (1912-1956), Dar al Bayda, as Casablanca was then known, was a modest port of a population of around 12,000. A few years into the Protectorate, this had increased 10-fold and has hardly stopped growing since. Today, Casablanca is Morocco’s bustling economic hub, home to many international companies and Africa’s biggest port and its largest shopping mall, Morocco Mall. For visitors to this metropolis, the big draw is the stunning Hassan II Mosque. However, the French left a significant architectural legacy. As you walk the streets, look up and around you beyond the crowds, the traffic and the hubbub of city life to discover Art Deco Architecture in Casablanca.

The drive to develop and expand Casablanca provided the impetus for a large urban development program at the start of the Protectorate era. This included wide city avenues, open squares and public buildings from which the ruling power could organise its realm. Back in Paris, the swirling loops of Art Nouveau were being superseded by the more angular shapes of Art Deco, which melded perfectly with Morocco’s indigenous geometry inspired by the Islamic edict against the depiction of the human form. A new architectural style was born: Mauresque blended traditional Moroccan designs and techniques of mosaic, plasterwork and wrought iron with influences from turn-of-the-century Europe, combining the straight lines of Art Deco with the sweeping curves of earlier styles. 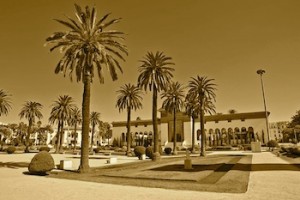 Some of these buildings have been restored and are still in use. Others have suffered a less fortunate fate. Some of the best examples are around the large open expanse (now traversed by Casablanca’s modern tramway) of Place Mohammed V. Around the square, you can see the main Post Office (1918), the Palais de Justice (courthouse, 1925) and the Wilaya (administrative headquarters, built between 1927 and 1936). Pop into the Post Office to see all the original Art Deco fixtures and fittings still in tact. In the streets leading away from the square, look above the shop fronts and imagine the grandeur that these buildings represented in their heyday. The French planned this city as a showpiece, a statement of the potential of their African Empire and no effort was spared. 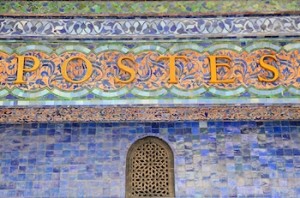 Several great examples of Art Deco Architecture in Casablanca are in an area to the east of the square, bordered by Boulevard Mohammed V to the north, Avenue Lalla Yacout to the south and stretching as far as Rue Ibn Batouta to the east. Admire the facades as you wander along Rue Idriss Lhrizi. Seek out the Hotel Guynemer on the parallel Rue Brahim Belloul and the Transatlantique on Rue Chaouia, or the Cinema Rialto on the corner of rue Mohammed el Qorri and rue Salah ben Bouchaib. The crumbling Hotel Lincoln, constantly the subject of a rumoured restoration program, sits opposite the Marché Central, at the intersection of of Boulevard Mohammed V and Rue Ibn Batouta; the Hotel Volubilis, on Rue Abdelkrim Diouri is thankfully the result of a successful one.

If you have longer in Casablanca and a keen interest in Art Deco architecture, you can take a taxi or the new tram to the Mers Sultan neighbourhood, to the south of downtown Casablanca. Largely shunned by today’s nouveau riche and not typically visited by the day trippers who crowd to the Hassan II mosque, this area is full of treasures ready for discovery. Some of the apartment blocks and villas echo the grandeur of Marseilles or Miami Beach. Here you will find the playground of the former French colonialists – the bars, cafes and cinemas, but their wealthy clientele are long gone. Hunt down the Café Champs Elyssée, built in the shape of a cruise liner; the Cinema Lynx and the Bar Atomic.

For a luxury Art Deco have your Morocco travel agent book you into Le Doge Hotel & Spa, a boutique hotel located in a historic villa just 10 minutes from the corniche and 5 minutes from La Squala historic fortifications. 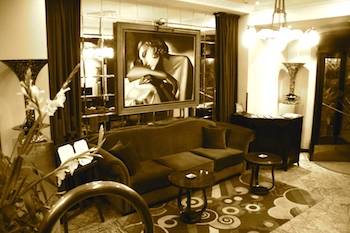 The Moroccan government is pouring money into the regeneration of Casablanca and one can only hope that some of these Art Deco buildings can be rescued and restored. Casablanca is a city of extremes – the wealthiest business moguls reside in new villa developments along the coast, while the poorest rural migrants scrape a living around its large shanty towns. It seems that modern Casablanca never stops moving. However, if you look carefully, slow your pace and look up above the grimy ground floors and beyond the botched renovations, you will discover the city’s former glory of Art Deco Architecture: the brass, the parquet floors and the chandeliers just need a spit and a polish to shine once again.