The Berbers of Morocco, Your Morocco Tour Guide 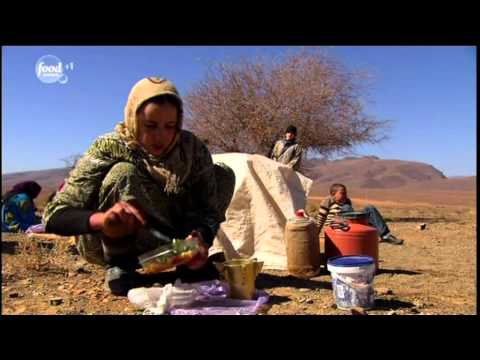 Almost everything you see in and around Morocco, particularly in the South, is Berber in conception whether it be the riches of arts and crafts silver jewelry, wood carving, carpets and Kelims, brass and ceramics and pottery, the delicious tangines and couscous, and the villages of the countryside. Above all the people dressed in traditional Djellabas, the families and their delightful irrepressible children, all are Berber. 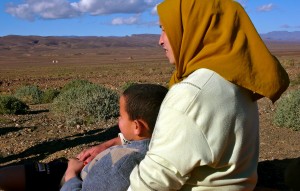 The Berbers were the original inhabitants of Morocco, 4.000 years ago, well before the Phoenicans, Carthaginians , Romans, Byzantines and the Arabs who arrived in the 7th Century. The Romans made them citizens and many served in their legions but they never subjugated them. 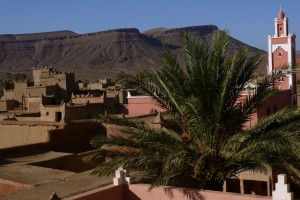 The tribes in the Atlas mountains withstood the Arab invaders and while they accepted Islam, they maintained their independent customs and way of life in a remarkably resilient way despite attempts to repress and marginalize them. The great dynasties of Morocco began with the Almoravids (1062–1147) with their capital in Marrakech and the Almohads (1147–1269) through to the Merenids and Saadians who ruled from the Sahara to Spain were Berber dynasties . When the French Protectorate was established( 1912-1956) the Berbers in the South resisted them and in the North Abdelkrim El Khattabi proclaimed the Riffian Republic from 1920-26 and resisted the combined forces of the Spanish and French for ten months when they launched poison gas attacks by air against the Berber forces.

Most figures put the Berber population of Morocco at around 60 per cent of the Moroccan population, though Berber experts say that almost 80 percent of the country claims at least some Berber heritage. 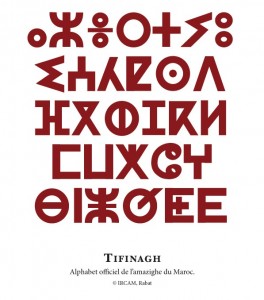 Berber first names were banned for a longtime but were recently declared legal. There is a high quality satellite Amazigh TV channel which broadcasts daily in the Tachelhit, Tarifit and Tamazight dialects, reflecting the diverse cultural achievements of Berber writers, poets, artists and craftsmen. The Berber flag can be seen flying from innumerable shops and windows in nearly any city. Berber radio programs and a small film industry have both grown in recent years. Berber musicians and singers such as Raissa Talbensirt, the doyenne of Amazigh singers, and Najat Aatabou are extremely popular in Morocco. Berber ritual music often features drums and rhythmic handclapping. It is used in the rites of the agricultural calendar – such as moussems – as well as on occasions such as marriage. Ritual music is also performed to help deal with evil spirits.

In the Atlas Mountains professional troupes of musicians, called Imdyazn, travel during summer and perform in village squares and at weekly souks. A leader improvises poems telling of current affairs. Drum, rabab and clarinet accompany the singer.

Rwais are Cheleuh Berber musicians from the Sous valley who perform ancient musical theatre involving poetry, fine clothes, jewels and elaborate rwais. Groups consist of single-string rabab, one or two lotars (lutes), sometimes nakous (cymbals), and a number of singers. They play for every celebration and produce their own repertoire and improvisations. Female ensembles are called raysat.

Berbers refer to themselves as Imagzihen which is said to refer to free people. Tashelhit (sometimes known as “Soussi” or “Chleuh”) is spoken in south-west Morocco, in an area between Ifni in the south, Agadir in the north and Marrakech and the Draa/Sous valleys in the east. The southern Atlas and Anti Atlas Mountains are home to the Chleuh or Shilhah. The Chelueh are the largest Berber tribe in the country and often viewed as having the most ‘pure’ Berber language, Tashlhit. The majority of Berber films and music are produced in the Tashlhit language.

Tamazight is spoken in the Middle Atlas, between Taza, Khemisset, Azilal and Errachidia. Tarifit (or Rifia) is spoken in the Rif area of northern Morocco. Drawa Berbers are found in the Draa Valley. The Dades live in the North East, The Mesgita, Seddrat and Zeri tribes are along the North West. The Moroccan Rif region is home to the Ghomara.

Some Berbers living around Ouazarzate in the south remain nomadic herders and the Tuaregs of the Sahara Desert near Zagora and guelmim are also Berbers, whose language Tamazight is considered the least corrupted out of all Berber languages . Their highly distinctive jewelry and symbols and their Tifinagh script display a fascinating world symbols.

Many schools now teach a standardized form of Tamazight. As well as the University of Ibn Zohr offering degrees in Amazigh, an umbrella term for the three dialects of Berber that are spoken in Morocco, the previously oral-only language has moved further into the mainstream with the creation of a Royal Institute of Amazigh language and culture.

The strong hold of Berber culture has cemented itself in Moroccan daily life and to experience the traditions, the people and their culture first hand on a Tour to Morocco makes for an enriching discovery of Berber Morocco