Morocco boasts beautiful cities with majestic mosques, imperial palaces, and hotels worthy of royalty, but outside these sprawling cities there is a different sort of majesty and beauty for travelers to discover.  Leaving the chaotic and busy city centers the Atlas Mountains and the sprawling Sahara desert give way to a different Morocco, one of camel caravans, ancient trade routes, and breath-taking natural wonders. 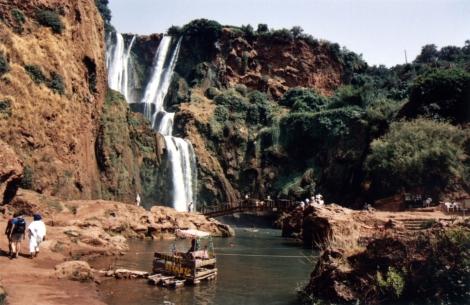 Morocco is often referred to as the land “of a thousand Kasbahs”, the “way-stations” for the traveling merchants, tradesmen, and adventurers of ancient Morocco.  These fortified cities were safe havens for the weary traveler, a place to rest and to socialize with fellow travelers and inhabitants of the Kasbah towns.  Exotic goods, skills, languages, and beliefs were shared and exchanged at these Kasbahs attributing to Morocco’s rich and diverse history combining European, African, Christian, Muslim, as well as many other cultural and ethnic influences.  While the harsh dry climate of the Saharan desert takes a toll on these ancient cities the Moroccan government, as well as many private companies, are working to restore and ensure the survival of the Kasbahs. 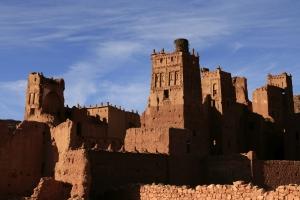 Ouarzazate – The Door of the Desert

Located just four hours from Marrakech, Ouarzazate is known as “The door of the desert” and is a main Berber town.  Once a major stop for travelers on the ancient camel caravan route through Morocco and much of Africa, Ouarzazate is a must-see for travelers wanting to experience Moroccan history as well as Moroccan natural wonders.  Ouarzazte boasts two Kasbahs, Ait Benhaddou and the Telouet Kasbah and the famous Cascades d’Ouzoud waterfalls.  This Berber town is a popular destination for travelers looking for a little adventure.

Ait Benhaddou is a fortified city located in Souss-Massa-Draa, not far from Ouarzazate, along the Ouarzazate River and is a wonderful example of the ancient Kasbahs found along the camel caravan routes throughout Morocco.  This enclosed city was home to many families all of whom had their own house within the city walls, although most of its inhabitants have since moved to more modern towns nearby a handful of Moroccans still live in this ancient town.

Since 1987 Ait Benhaddou has been a UNESCO World Heritage Site and its magnificent red walled buildings and impressive architecture has made Ait Benhaddou the site of many films including, most recently, the films Gladiator in 2000 and Alexander in 2004.  It is a city that’s rich with history, culture, and amazing architecture that is sure not to disappoint. 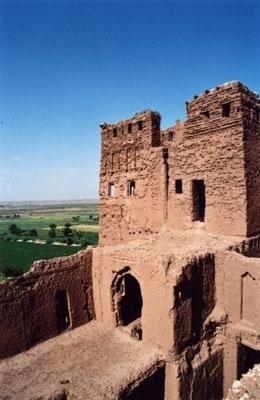 The Taourirt Kasbah, while not as old as some of the more ancient Kasbahs in Morocco, is considered one of the most important sights in Morocco and has a significant history.  In 1893 Sultan Moulay Houssan was stranded in the Sahara Desert and he and his army of 3,000 were taken care of by two brothers, Glaoui, of the Taourirt Kasbah.  In return for their hospitality the Sultan gave the brothers political power over the

The brothers maintained and strengthened their position and when the French occupied Morocco 20 years later they managed to enter into an agreement with them and by the end of the French colonial rule the Glaoui brothers had almost as much political power as the Sultan. 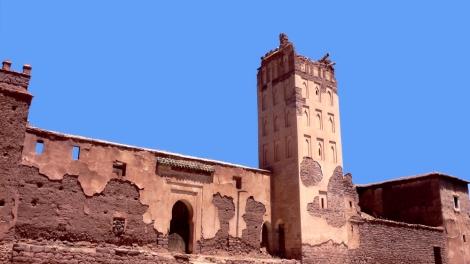 While the Saharan Desert has taken its toll on the Kasbah the huge structures make for an impressive view that are sure to awe visitors.  The reception room and main halls, the only interior rooms still open to the public, are adorned with high vaulted ceilings with grand pillars and huge ornately carved wooden doors.  The large scale luxury of the Taourirt Kasbah is surprising to find so far into the desert and certainly speaks to the power and influence that the Glaoui brothers once held. 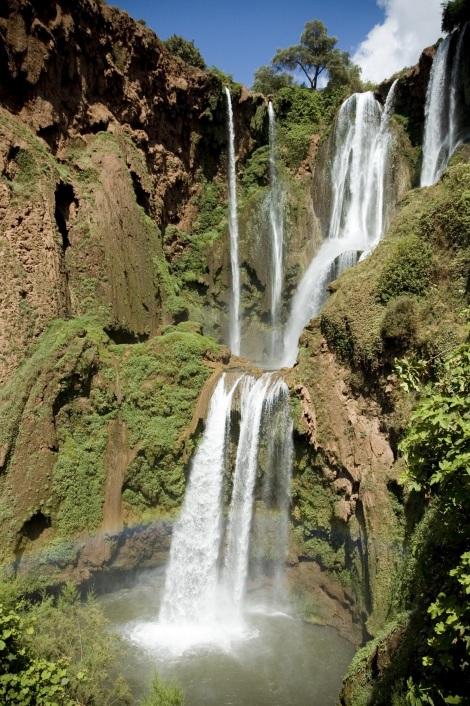 Gorgeous cool blue water falls 100 meters through a lush green terrain into refreshing pools perfect for cooling off on a hot summer day.  The last thing you might expect to find in hot and deserty Morocco is waterfalls but the Cascades d’Ouzoud exist nonetheless and provide Morocco with just one more natural wonder for visitors to experience.

Located near Ouarzazte, through a tiny Berber village called Ouzoud, the cascades provide the perfect spot for locals and visitors alike to spend the day picnicking and swimming in the refreshing pools.  The cascades are a popular camping spot offering visitors the chance to sleep under the Moroccan stars next one of the most beautiful natural wonders in northern Africa.  At the summit of the falls there are several old mills, many of which are still in use, and, if you look carefully in among the trees you might even spot a troop of Barbary apes that live among these majestic falls.