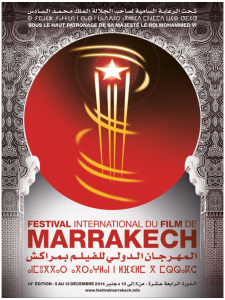 The Marrakech International Film Festival is now in its 14th year. The festival will take place in Marrakech from December 5th – 13th, 2014. Founded in 2000 as a means to promote Morocco as a production destination on the international film circuit, it is now responsible for an influx of film fan and film industry visitors every December to the ‘Red City’.

Although less well known than festivals such as Cannes or Berlin, the Marrakech Festival is accessible to the general public and is a great way to enjoy foreign and Moroccan films – either new releases in the competition category or old favourites in the retrospective sections. Films are shown in the Palais des Congrès (Congress Center) and then repeated at the Cinema Colissée in Guéliz. Entrance to the Palais des Congrès is free with a public pass, available via online prior registration. A minimal entrance fee is charged for the second showings at the cinema. At the premiers in the Congress Center, the audience is made up mainly of local Marrakchis, students of Marrakech’s ESAV school of visual arts and further afield, as well as film buffs and members of the cast and crew of the film. At the Colisée, you can experience the Moroccan film-going public in all its glory: clapping, cheering and heckling through popular films.

Although less high-profile than other festivals, Marrakech has its red carpet moments – on the opening night, locals and visitors wrap up warm and grab a table on the terrace of the cafés opposite the Congress Center to catch a glimpse of the stars as they arrive or are interviewed in the glass radio booths which line Avenue Mohammed VI. This year, French actress Isabelle Huppert takes over the mantel from Martin Scorsese to lead a jury which features an international cast including British actor Alan Rickman (known for Robin Hood Prince of Thieves, Love Actually and the Harry Potter movies). 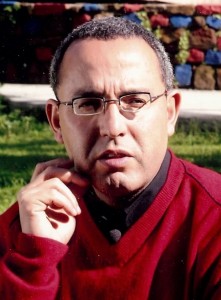 The line-up of competition films includes only one Moroccan production, L’Orchestre des Aveugles (Orchestra of the Blind), a story of the relationship between a father and son, the second feature film directed by Mohamed Mouftakir. The 2014 Festival will open with The Theory of Everything, James Marsh’s film about the relationship between physicist Stephen Hawking and his wife. J.C.Chandor’s A Most Violent Year will close the festival; a movie about an immigrant who fights to protect his business and his family during 1981, statistically New York City’s most violent year.

Moroccans are big fans of Bollywood movies and in recent years, Marrakech has featured Indian films and attracted big Bollywood stars such as Shah Rukh Khan. 2014 is no exception: locals and visitors can enjoy the undisputed King of Bollywood on a big open air screen once again in Marrakech’s iconic Jmaa el Fna square in this year’s musical heist hit, Happy New Year. One of Bollywood’s most expensive and highest grossing films, young Marrakchis are sure to flock to the square to catch it.

The full Festival programme is still being finalised. It includes an homage to Japanese film as well as a tribute to two leading Moroccan producers, Khadija Alami and Zakaria Alaoui. The list of the movies these two have worked on reads like a catalogue of almost every movie ever made in Morocco, including at the world famous Atlas Film Studios in Ouarzazate. Between them, their resumés include dozens of TV and feature film productions such as James Bond 24, Mission Impossible 5, Gladiator and the Bourne Ultimatum.

Marrakech is a great winter destination: days are sunny and the city is presided over by the majestic snow-tipped High Atlas mountains. If you are in town at the start of December, why not catch some red carpet glamour and a sprinkle of silver screen stardust at the Marrakech International Film Festival?