A Designers Guided Tour of Marrakech, Your Morocco Tour Guide

Marrakech has long been sought after by designers for its’ style, beauty and sophistication. A Designers Guided Tour of Marrakech is the is a must do activity for Interior Designers, Artists, Architects and Fashion Designers looking inspiration, sourcing and networking opportunities within the Marrakech design community. A Marrakech Design Tour will help lay the groundwork for design professionals who are interested in engaging with local artisans, Marrakech designers and sourcing Moroccan Handmade crafts.

There are a host of well known expat artists and creative types who have made their business or home in Marrakech and in Morocco. French artistic genius, Pierre Berge and Yves Saint Laurent did so in the 1960’s and the result is a collective of three incredible projects, the Yves Saint Laurent Museum, the Majorelle Gardens and Berber Museum. Prolific writers such as Paul Bowles, William Burroughs made Tangier their home while French painters Eugene Delacroix and Henry Matisse also spent significant time there. 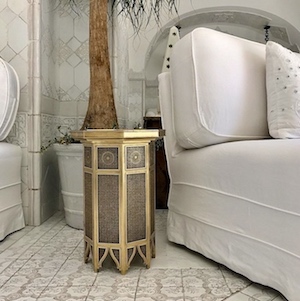 Today there are a host of new designers on Marrakech’s doorstep who are paving the way in the contemporary design scene. From the latest design trends in Moroccan fashion to innovative Moroccan crafts local artists both expatriates and native Moroccans are making a name for themselves . Designer  wares can be seen at Pop Up Shops and Marrakech concept stores across the Marrakech Medina and the new town, Gueliz. There are a wealth of new carpet and weaving cooperatives, Moroccan owned, in rural regions to explore 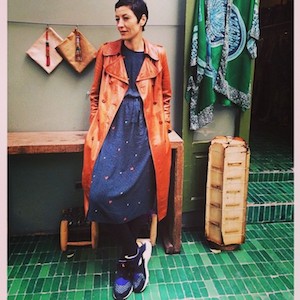 The new town of Gueliz and it’s world-renowned Yves Saint Laurent Museum, the Majorelle Gardens and the Berber Museum are just a starting point for Interior Designers and Artists. Those who want to explore all that Marrakech has to offer should consider a Marrakech Design Tour led by a local.
On a Mararkech Design Tour, Interior Designers and Artists can visit Marrakech’s most sought after chic boutiques and concepts stores in Gueliz. This new town’s mix of Colonial and Historic, Art Deco architecture make it perfect for exploring.

Things To Do On A Marrakech Design Tour Overview:

Explore the new city of Gueliz and it’s world-renowned Yves Saint Laurent Museum, the Majorelle Gardens and the Berber Museum.

Visit Marrakech’s most sought after chic boutiques and concepts stores in Gueliz.
Learn about Sidi Ghanem, the Marrakech Industrial zone, where contemporary artists and designers have their workshops and showrooms.
Sip mint tea and engage with Moroccan and International Designers who have made Marrakech’s, Historic Medina their home.
Take a road trip just 30 kilometers outside of Marrakech to a rural village where weaving and embroidery cooperatives are located.

For More Information about A Designers Guided Tour of Marrakech 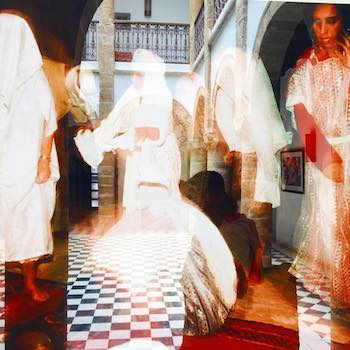 In the spring and summer of 1995 the writer and filmmaker Pierre Guicheney, the ethnologist Viviana Paquew and photographer Jean-Luc Manaud produced for the French edition of Geo Magazine a report on Gnawa and Aissawa rituals and pilgrimages in Marrakech, Meknes, Moulay Brahim, and Tamesloht. Jean-Luc Manaud brought back exceptional images from the immersion.

The French Institute in Essaouira is featuring a comprehensive exhbition and homage to Manaud from May 12 to through July 23, 2016 called “7 Colors of Jean-Luc Manaud.” The exhbition is comprised of two levels of photographs that are mounted on the historic walls of an 18th Century building that the French Institute in Essaouira occupies on Rue Laaloug. There is also a complimentary documentary by Pierre Guicheney Le bal des génies (1998) that is being screened during this exhibition. 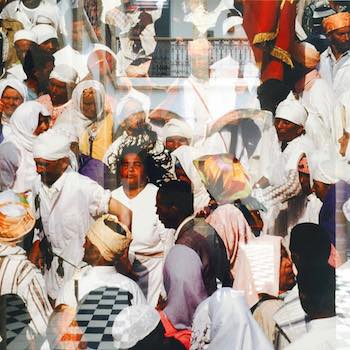 Jean-Luc Manaud was born in the southern city of Gafsa in Tunisia. Manaud was a regular contributor to Le Figaro Magazine and Géo, touring the world of guerillas from Eritrea to Cambodia.

In the early years of 2000, Manaud began painting on Polaroids, writing travel and children’s books combining calligraphy, drawing, cut-outs and photographs. Manaud passed away in 2015. The exhibition at the French Institute in Essaouira is a tribute to his works of Art, made in Morocco.

Tags: Moroccan Art, Moroccan photography, Things to do in Essaouira, Travel Exploration
Posted in Morocco Travel | Comments Off on A Tribute to Jean Luc-Manaud at Essaouira’s French Institute 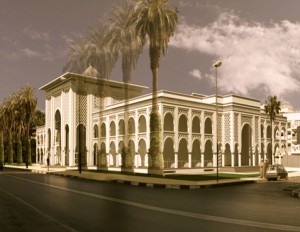 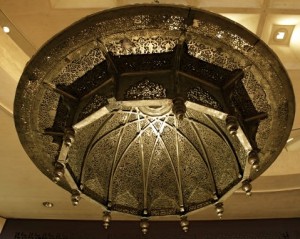