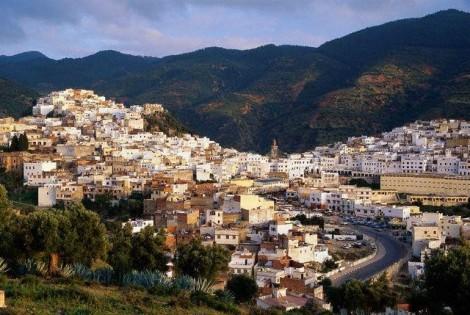 Moulay Idriss is a Moroccan town and important religious site and place of pilgrimage for Muslims located just an hour away from Fes. The city is named after the Moroccan saint Moulay Idriss, a descendant of Muhammad, who died and was buried in 792 AD in the city that was eventually named after him. During his life in Morocco Idriss founded Morocco’s first Arab dynasty as well as the city of Fes and is accredited with converting the majority of Morocco’s population to Islam.

The Moulay Idriss itself is situated in a valley with lush green hillsides enclosing the white-washed houses of the city on three sides, making for a very beautiful sight.

Today, Moulay Idriss’ tomb is a revered site and the city is considered to be the holiest city in Morocco. The tomb is considered to be a shrine and is accepted as a substitute pilgrimage for Muslims who cannot afford to travel to Mecca which, according to the five pillars of Islam, is one of the obligations of a Muslim man. Every August an important Moussem, or Muslim festival, is held in Moulay Idriss and Muslims from around the world come together to sing and dance in celebration of their faith. Although the tomb itself is not open to non-Muslims the sight can be enjoyed from the surrounding hillside or from one of the many taller buildings surrounding it. 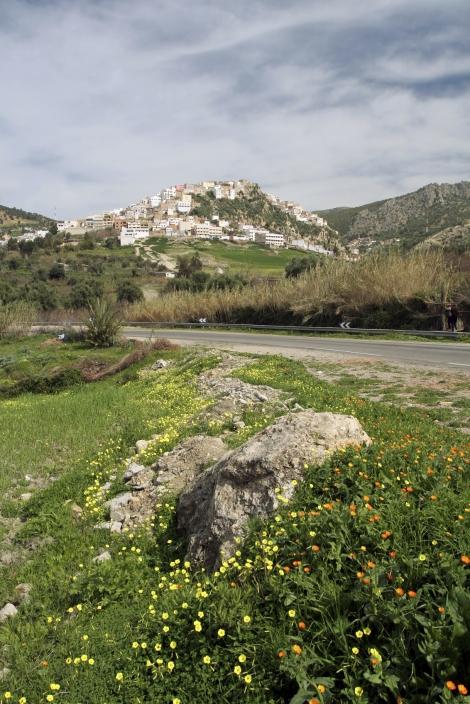 Located in Moulay Idriss is the Idriss Medersa, an ancient Koran school, which was built using materials from taken from Volubilis, an important outpost of the Roman Empire, located nearby. The Idriss Medersa is famous for its unusual Minaret, added to the building by a wealthy pilgrim in 1939. The Minaret is circular, an unusual design throughout the Muslim world, and is decorated with white and green geometric shapes that spell out a passage from the Koran in Arabic.

Despite non-Muslims being barred from entering the shrine, Moulay Idriss offers many other sites and experiences for visitors. Its winding streets, whitewashed houses, and magnificent hillsides make the city a beautiful sight and well-worth the trip. A weekly vegetable market, or souk, occurs every Saturday and is a great way for visitors to get a true Moroccan experience. As for food, The Restaurant Trois Boules d’Or offers great food and spectacular views and don’t forget to try the nougat of Moulay Idriss which is famous and can be bought almost anywhere in the city.