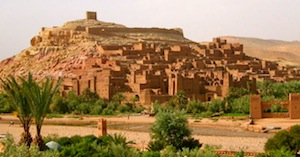 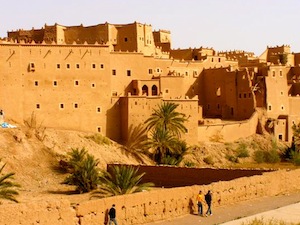 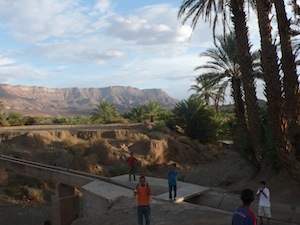 Top 10 Things To Do In Ouarzazate, Your Morocco Travel Guide 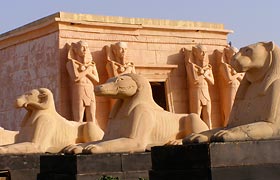 The Atlas Film Studios in Ouarzazate

Things to do in Ouarzazate. The Top 10 Things to do in Ouarzazate, Morocco is a hot list of activities and experiences that one can do alone, with their spouse or friends and family in the the door to the Sahara Desert. The most popular activities on a Ouarzazate Tour typically included spending time visiting the Oasis of Fint, the many Kasbahs in the region such as Ait Benhaddou Kasbah, Kasbah Tifoultoute, Kasbah Taouirirt, Kasbah Telouet and Kasbah Telouet in the Tizzin’ Tichka Pass. A Sahara Tour from Ouarzazate to the region of Zagora where one can pass through the Draa Valley’s volcanic rock, the old road of Caravans and have lunch with a Berber, Moroccan family is not to be missed. In Zagora or the M’hamid Sahara Desert one can take a 4×4 tour by pise and explore the unique flora and fauna of Morocco’s Sahara region. 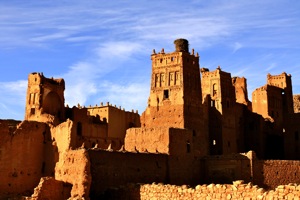 The top 10 activities in Ouarzazate are Visiting Kasbahs in Ouarzazate, Ait Benhaddou Kasbah, a UNESCO World Heritage Site, Kasbah Taouirit, Kasbah Tifoultilte, Kasbah Telouet, the Oasis of Fint and have Tea With Azziz, the Atlas Film Studios, a Sahara journey, the Draa Valley region and have lunch with a Berber, Moroccan family, Valley of Nomads in the region of Bouthgrar, the Dades Valley and Todra Gorg and dine at Le Kasbah D’Sable, a work of art with the finest French- Moroccan food in Ouarzazate. 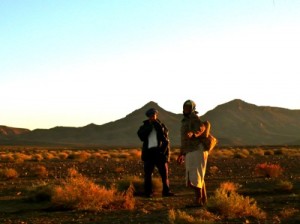 Nomads in the Middle Atlas Mountains

Top 10 Things To Do in Ouarzazate: