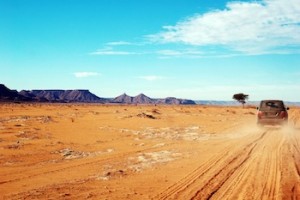 Morocco is a country a person can easily fall in love with, whether you’re on a travel adventure for a short trip or you’re lucky enough to stay longer. Morocco is an amazing country, no matter where you visit—bustling Marrakech, scenic Chefchaouen, historic Fez, the grand Sahara and all points in between. Beginning with the sights, sounds, tastes and the exotic scents, there’s plenty in Morocco to experience that you will not want to leave behind. From the Atlas Mountains to the Atlantic Coast and from the Great Sahara to Marrakech there are many things to see and do in Morocco. 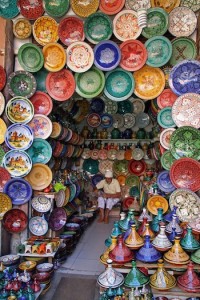 Five Signs that you have fallen in love with Morocco are:

#1: The Magical Colors of Morocco that you just cannot seem to get out of your head: There’s color everywhere in Morocco. Wander through the busy medinas and markets places, and take in the kaleidoscopic array of goods for sale. Watch the sky turn countless shades of color during a desert sunset before it fades to a million stars at night under the Arabian sky. Get lost in the myriad of colors found in the patterns of Moroccan zellij tile that decorate Moroccan palaces and mosques. Take a trip to the blue washed city of Chefchaouen with its maze of tiny streets, hidden alleys, and indigo blue houses perched atop the old city. You’re sure to return home feeling as though everywhere else pales in comparison to a Morocco adventure. 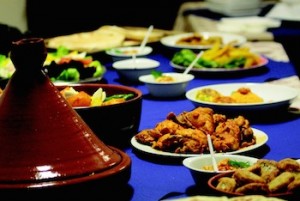 #2: Your Moroccan cookbook has become your best friend. In Marrakech, Fes and other Moroccan cities, you are simply spoiled for choice when it comes to food. There are plenty of offerings from around the world. What really shines though is the Moroccan food and drink—from a warm bowl of B’ssara (a flavorful broad bean soup) at breakfast to sugary mint tea in the afternoon with freshly made Msemen, a Moroccan flatbread. You know that Moroccan food goes far beyond the popular couscous, but a good couscous dish never hurts to dine on either, particularly on Fridays, the Moroccan day of prayer. 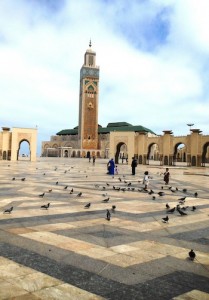 #3: You can’t stop talking about the incredible experiences you had on your trip. Morocco has it all, from sandy deserts, rocky landscapes, and an impressive Atlas Mountains to sweeping Mediterranean beaches along with ancient cities. There are plenty of things to do in Morocco and you made a point of experiencing many of them. Whether you took a camel ride and camped out under the stars, did some trekking in the Atlas mountains, spent your time tanning on the beaches of Essaouira, visited a traditional Berber village or whatever else— you know your friends are jealous and with good reason. When you’re not regaling them with stories of your trip, you’re looking back through your photos for the ten-thousandth time to reminisce, trying to convince them to visit Morocco. 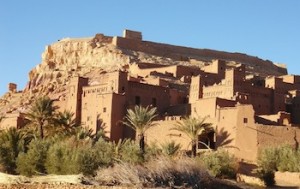 #4: You know there’s no place on earth that’s quite the same, as Morocco. Medieval Europe had its forts, but nothing quite like the ksars, or fortified cities, that you find in Southern Morocco. Aït Benhaddou is, the most famous ksar, having been featured in Game of Thrones, Gladiator among other blockbuster films and television series. There’s plenty of history throughout the country to immerse yourself in whether you are visiting on a family Morocco adventure, a honeymoon or with friends. Up close encounters such as having tea with Nomad families, in remote mountain regions, and the traveling by 4×4 through the Old Road of the Caravans evokes 1001 Arabian nights romantic fantasies of life on the road. From the old world marketplaces in small desert towns to the feeling of being in the middle of nowhere, one finds themselves steeped in a richness and depth of an old world culture. There’s no place on earth that’s quite like Morocco. Visit Morocco and you will never feel the same again!

#5: You’re already planning your return trip to Morocco. Chances are, that first trip you took to Morocco wasn’t enough and neither was the second, the third or the fourth. Maybe you’re still waking up to the phantom sound of prayer-calls before dawn or images of desert sky and sweeping Sahara sand dunes just will not leave your mind’s eye. Whatever it is, Morocco has pulled you in and now has a place in your heart.

Have you been to Morocco? What’s your favorite memory from your trip? Share your stories and tips in the Comments!

Jess travel writer who loves global adventures. She has been traveling for close to a decade nd has no plans to stop anytime soon! Jess fell in love with Morocco from her first visit and hopes you will fall in love with the beautiful country too.

For more information about Things to do in Morocco 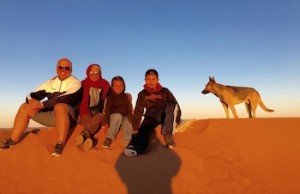 Morocco is the perfect country to travel for families who are considering a place to visit for spring break. A Morocco family vacation  during spring break guarantees a great adventure and an insightful cultural experience for families with children of all ages. Morocco is a kid friendly destination. Morocco’s expansive landscapes provide a wide array of adventure travel opportunities for families such as hiking, biking, trekking, camel trekking, zip lining, eating, surfing and swimming. Morocco’s temperate climate year-round makes it easy for families with a limited time frame who are traveling from the USA and Europe to reach. Morocco is just 7 1/2 hours from New York’s John F Kennedy Airport,  a 3 1/2 hour Easy jet stretch from Paris and an 1 hour from Madrid via Iberia Airlines. Families in search of a child-friendly destination need to look no further then Morocco. 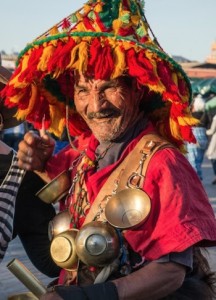 On a Morocco family vacation, parents can anticipate a jam-packed travel itinerary that includes a mix of site seeing in ancient cities, exploration of the souks and marketplaces, visiting magical gardens and UNESCO Heritage sites, seeing wild monkeys and barbary apes in Ifrane’s cedar forest, hiking across High Atlas Mountains and through Berber Villages, Sipping Tea with a Berber Family, participating in private family henna party and watching the snake charmers at sunset in Marrakech’s Djemaa el Fna Square. A Morocco family adventure vacation is not complete without traveling in a four-wheel drive across the Moroccan Sahara Desert and a 1001 Arabian Nights Morocco experience in the heart of the Erg Chebbi dunes at a traditional desert camp.

Perhaps one of the best surprises of all during a Morocco family vacation is the opportunity to enjoy stays at charming boutique riads that are well appointed in the old city bustling medinas with maze-like streets, colorful alley ways filled with craftsman, street food vendors, gardens, Islamic architecture,  and terraces with dream-like city scapes.

The best time to travel to Morocco for a family vacation is March and April along with October, November, and December. Spring break, Easter holiday, Thanksgiving, and Christmas are when Morocco’s weather is extremely temperate and local festivities and adventure tie in with school schedules. 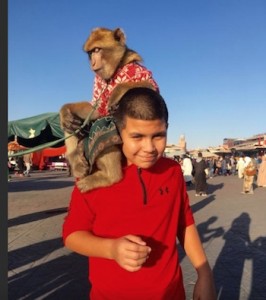 The 5 Best Adventure Activites on a Morocco Family Vacation are:

Zip line across the Atlas Mountains

Camel Trek in the Sahara Desert

Bread bake with a Berber family

Attend a traditional Fantasia Horse show in the Marrakech Palmeraie