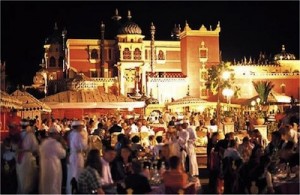 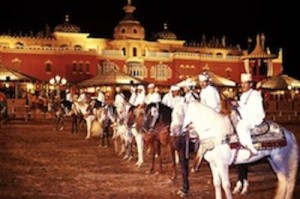 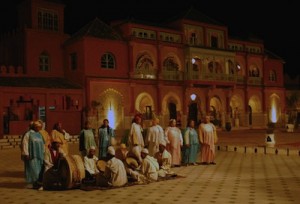 Travel The World of Moroccan Rap

Rap is far from the new kid on the block in Morocco. Morocco’s rap roots can be traced as far back to the 1980’s with the group Out-Life; this group spread throughout small Moroccan communities as an urban art. From these small communities, other Moroccan rap artists emerged and moved into larger urban areas spreading their music its profound messages throughout Morocco’s imperial cities and small towns.

Rap is best described as a sub-group of hip hop.  Moroccan rap, similar to that of other countries, involves the spoken word immersed with spoken poetry alongside a musical accompaniment. Arguably, rap began as early as the 1960’s when a group of black militants called “The Last Poets” sang revolutionary messages through their music. Since that time rappers such as Tupac Shakur, Dr. Dre, and the Notorious Big have successfully captured the worlds and Morocco’s attention through their powerful lyrics.

Although rap and hip hop are not new to Morocco, it is only in the last decade that new Moroccan audiences have been captured by Morocco’s rap movement.  Since Moroccan rap artists and their profound musical messages did not sympathize with Moroccan traditional values, rap was considered new and unfamiliar, and therefore took longer to become popular. However, today rap is revolutionizing in Morocco. Rap and hip hop can now be heard fused with reggae and traditional Moroccan sounds such as Berber music, Arab, skah, and Gnaoua music. This melting pot of sounds is capturing Moroccan’s attention because more Moroccans now feel like they can identify with Moroccan rap.